Warning: Declaration of Elementor\SR_ButtonPlayer::register_controls($element, $args) should be compatible with Elementor\Controls_Stack::register_controls() in /var/www/vhosts/sgndeuur.host205.checkdomain.de/herbbarclay-music.com/wp-content/plugins/elementor-for-sonaar/widgets/sr-buttonplayer.php on line 137
 Biografie | Herb Barclay Music

“Music doesn’t lie. If something is to be changed in this world, it can only happen through music.”

The musician and producer, born in Germany, has been working very early on his musical intensions. Influenced by the fascination of playing and creating music, he learned numerous acoustic instruments (piano, guitar, drums and synthesizer) until he later found the world of electronic music and hip hop music production and thus his later passion.

In addition to his active music career, as DJ Lazzard and H-Traxx he also followed the path of presenting his first production attempts and generally inspiring people with music. He quickly became known nationwide, followed by bookings and residents in Munich, Berlin and ultimately in all of Germany, Austria and other European countries.

The live integration of samples and files into his vinyl sets quickly became his trademark as a DJ. These many years of experience and his distinctive, detailed musical ear were to form the milestones for his later productions.

He was inspired very intensely from the hip hop scene by cult artists such as Tone-Loc and Busta Rhymes.

His pop influences came from a love of artists such as Daftpunk, the Black Eyed Peas and above all from Norman Cook aka Fat Boy Slim, where his love for the mix sounds of that time also came from.

Beginning with the simple studio instruments at the beginning, he produced with professional studio equipment for several years as a ghost producer of numerous bootlegs, remixes and tracks, which were also played frequently by Dj’s.

In 2018 he decided to live his passion and expanded his productions and founded Herb Barclay Music.

Under Herb Barclay Music, he produces with other artists who are keen to experiment across genres with pop, dance, electronic, hip hop and acoustic elements in their music, trying to hit the emotional pulse of the times and, above all, to set new styles and directions.

The Herb Barclay Project was also founded in 2018 and has since produced in the retro hip hop and pop styles of the 80s / 90s and early 2000s in a new, unique and modernized style for the present time. 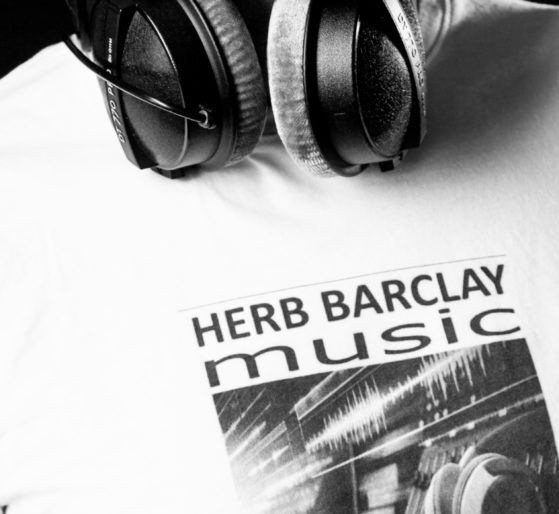 "Thanks to all the supporters and friends who make it possible to live a dream every day .."

BE FAN AND SUPPORTER